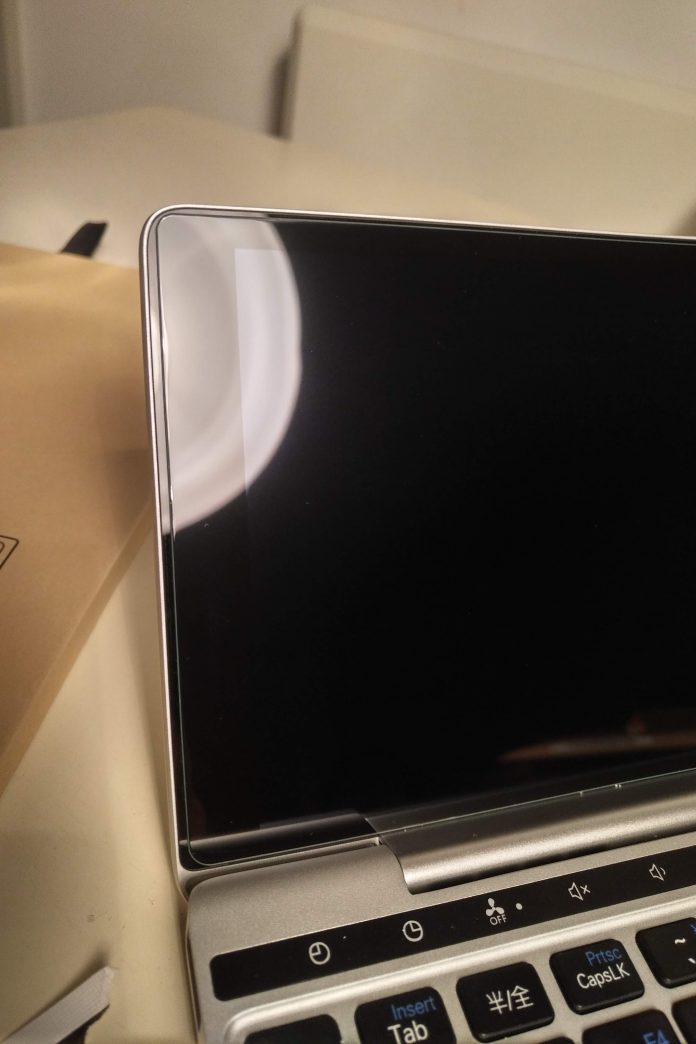 The GPD Pocket 2 is a great little device and has quickly become my go to machine for working on the go, but it’s not without its quirks. One of them is that the screen lid has a strong spring that snaps it shut faster and stronger than an anxious crocodile on roids and there have been a few reports of the keyboard starting to leave marks on the screen (You can find my in depth review on the GPD Pocket 2 here).

As you do I ignored these reports until I started noticing some light marks as well, luckily they all came off with a bit of elbow grease but I knew that if I left it long enough it they would end up with some hard to remove marks like on my Macbook Pro. So I decided to invest in a screen protector, I’d rather replace that every few years rather than have a permanently scratched screen.

The world of GPD Pocket 2 screen protectors is a fairly murky one filled with Amazon products with no reviews. So I have written my thoughts on the Zshoin screen protector.

I ordered off the UK Amazon store and even though it was not the cheapest I decided to choose it as it was listed as tempered glass rather than plastic. Having used both on my phone I know that glass looks and feels much better and is less likely to show scratches over time.

Ordering was painless and it arrived on time to the Amazon locker just down the road. It came well packaged in a protected hard cardboard (think hardcover book) and foam case.

The instructions are clearly copied off a mobile phone screen protector instructions and I didn’t include everything that was used in it it’s own instructions. Notably the plastic card that is used to remove any air bubbles was missing which made things a little more complex but this is not a terribly difficult process, in fact it is far easier than fitting it to mobile phone.

What did arrive in the box was:

There were a couple of air bubbles but I managed to get a fingernail under the closest corner and gently lifted the screen up until it reached the bubble and then placed it back down which got rid of them.

The instructions told me to remove the other piece of plastic on the outside of the screen  protector once I had fitted it, but in my case only one side was covered. There were no scratches on the screen protector so it didn’t really bother me. The quality is really good, this is listed at a tempered glass screen protector and is completely clear. After using it for a while I completely forgot that their was a screen protector even attached which is the highest praise I can give. The touch sensitivity of the screen is also not affected at all.

One thing that I did notice is that the added thickness means that it looks like there is a tiny gap when you close the lid. But this is really small and I probably would not have noticed it if I didn’t have pictures from before fitting it.

All in all I am really happy with the quality of this screen protector, it is a little on the expensive side but I think that the clarity of the glass and peace of mind is worth it. It is made of glass so you need to be careful when fitting it, especially if you have to lift it back up to clear an air bubble, there were times when I thought it might snap as I was lifting it but it held. All in all I highly recommend it if you are worried about the keyboard leaving marks on the screen of your GPD Pocket2.