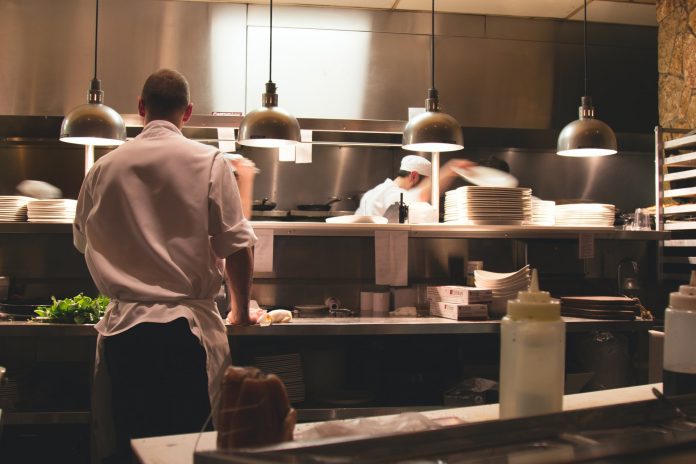 Unlike many I did not have to work while at school and a scholarship to university and staying at home while studying meant that my first experience of work was after I graduated and started working as an engineer.

Fast forward 7 years and I am in a different country, have an engineering degree in robotics as well as an MBA and am currently waitering while looking for work. This has been an eye opening experience and something that, in a couple of months,  has taught me much more about my character than all the leadership courses combined.

The most important things I learned doing that time are below:

Dealing with a wide range of people

Unless you are in a top restaurant you will encounter people from all walks of life. From the self entitled executive that complains about the potion sizes to the family that orders one dessert to share between them. Not only does this teach you how to deal and interact with a wide range of people it is also highly effective at destroying stereotypes and what you learn about peoples characters can be surprisingly emotional. Once a family, clearly not that well off, came in and ordered tap water and shared a one person pizza and person dessert amongst  4 and still insisted on leaving a tip. Coming from a well paid engineering background and not really needing the money I didn’t want to take it initially and had to slowly learn how to be accepting of other peoples gratitude.

On the other side of the coin you learn that those that dress well are often quick to complain.

Moving on from mistakes

You will make mistakes, most likely there will be at one mistake or something that goes wrong per shift. Having to deal with an irate customer can leave you reeling or worse cause a cascade of complaints as you have to allocate more time to correcting one table and thus take time from others. The first few nights I lay awake at night after my shift with all the mistakes and responses that I had received from people replaying in my mind. I have always excelled in academics and am not used to making mistakes or receiving criticism and it was hard at first but soon I learned not to beat myself up over an honest mistake.

Ironically my previous boss had  told me never to sweat an honest mistake and that you had to take risks and fail a few times to grow but it had never really been put to the test until now.

The restaurant industry is a great place to learn to how to handle mistakes and complaints  because  at the end of the day it is just food. Sure maybe someone got their breakfast 10 minutes late and at the time it may feel like the end of the world, but in the greater scheme of things this is almost immaterial and a week from now no one will remember it. The constant stream of new customers  also teaches you how to compartmentalise things and  not let emotions that you feel from one customer affect your service of another.

Testing your resilience and humbling you

There will be days where you are stretched to your limit and then some, days when all your customers seem rude and you feel like throwing in the towel and leaving. For me this moment came late one night while picking up after the 3rd baby in my section. This little devil had made a game of throwing spaghetti all over the floor and seats, much to the amusement of its parents who left leaving a similar mess. I was tired and ready to quit, but while chatting to my dad about it later that night he just laughed and casually said, “now imagine having to do this in the evening while studying”. And BAM just like that I was put back in my place. Needless to say I was back at work the next day with renewed gratitude and zeal.

Isolation and spiralling is real

There is a definite spiral trap in the service industry. The long hours and demanding work sap away all your energy. Initially I thought it would be easy to apply for jobs and do interviews while working. But coming off a late night shift the last thing that I felt like doing was applying for jobs or hitting the gym. Getting time off to go to interviews was not easy either, managers are inflexible and it was standard to work 6 day weeks.

The service industry is the exact inverse of the normal 9-5 office work. Evenings when office workers are finishing up and going out is the busiest time by far, as are weekends and public holidays. This means that meeting up with anyone that is not subscribed to this topsy turvy way of working is almost impossible. BBQ on the weekend? Drinks after work? Forget it. Your fellow servers become your family.

Respect for people who serve

The pressure, hard work and long hours with no breaks will forever change your attitude towards people who serve. I wasn’t a bad person before but I just never really thought much about it, where as now I stack my plates if I can and almost always tip because you don’t know what that person is going through that do.

As an added bonus you will also be blown away by the kindness of many of the people who you work with and it is a great way to meet people from all over.

These last few months have been some of the toughest and yet most rewarding times that I have had in years, but they have taught me things that I probably should have learnt far earlier but better late than never.

Is the Official GPD Pocket 2 cover worth it?